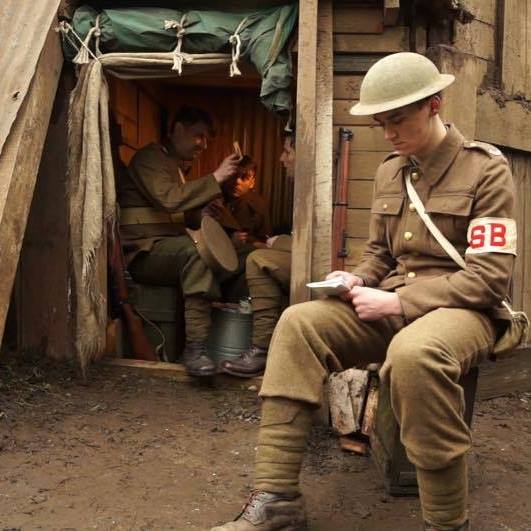 Our award winning Footprints of our Fathers project was an 18 month heritage research project run by North Allerdale Development Trust (NADT) and funded by the Heritage Lottery Fund.

Developed by NADT Trust Manager Sandra Keaveney and led by Clare Stabler and Sessional Worker Isanna Curwen, the project involved a group of young people who researched the effects that World War One had on the small market town of Wigton.  From that research a short 30 minute drama film was produced with local actors and a professional crew mentoring the young researchers during filming. Graduates from the NADT Media Courses also worked on the project in assigned roles.

Marking the centenary anniversary of the Battle of the Somme, the Footprints of our Fathers project concluded with a special exhibition and free film screenings held at the Market Hall in Wigton in July 2016.